Learn a little more about, Alisha Stanley, a woman who is turning her life around and the reason she now has hope!

Tell us about your childhood:

Alisha: I had an almost perfect childhood growing up. My parents, who are still married, had me when my older siblings were in high school. They were great parents; very supportive.

When you were young, what did you dream of becoming?

Alisha: I wanted to go to The University of Oklahoma and become a Pharmaceutical Sales Representative. However, when I was in high school, I had a wild streak. My senior year, I got a DUI. I was going out alot and didn’t really care much about school. When I graduated, I wanted to attend OU, but my dad didn’t think it was a good idea because I would flunk out. My older sister finally convinced him to let me go. At OU, I did everything I could to make sure I was keeping up with my grades, although I was also going out all the time, too. I still partied but was determined to make good grades. I graduated with a degree in four years.

What did you do following graduation?

Alisha: The summer after graduation, I got pregnant with my first child. I decided that it would be best to teach school, so I took the alternative teaching certification and ended up teaching biology in Texas.

I eventually met another man, a fellow teacher, and got pregnant with my second child. That marriage eventually fell apart. When it didn’t work out between my ex-husband and I, I started spiraling downward. I went to see my doctor about my depression and anxiety, and he prescribed Xanax. It didn’t take long before I started about abusing it.

How were you introduced to illegal drug activity?

Alisha: I had eye surgery and the doctor prescribed Lortab. Once those two prescriptions ran out (Xanax and Lortab), I was visiting with another colleague about how much I liked those two drugs, and that person had a connection to a seller. So, I began doing that. My parents were taking care of my older son and my daughter was with my ex, so I was just trying to teach and make the hurt feelings go away.

When did you decide to leave teaching and start a daycare?

Alisha: The only time I remember being happy and having unconditional love, was when I had a baby. So, I got pregnant again with a guy who I knew wouldn’t fight me on custody. I had my third baby and started a day care in my house, while I was secretly abusing these drugs.

How did the drug abuse catch up with you?

Alisha: I had such a deep addiction and lived in turmoil and chaos. I stopped off at Wal-Mart to grab milk on my way home one day and parked in the front and left the car running. I shopped all the way to the back of the store. When I came out, I was arrested for leaving my son unattended. My mother worked for DHS, and they showed up and took my son. That was when I lost all hope, I just gave up, thinking that I wasn’t supposed to have my kids. I went further and further into my addition and was in and out of jail two or three more times. They put me in a turtle suit for suicide watch for thirty days and that didn’t matter. I got out and went to a crisis center but snuck in drugs.

When did you finally go to prison?

Alisha: I showed up at someone’s house who I thought stole clothes from me. I went into her house and threatened her and then called the police and told them to come over. I was arrested. When I went to jail, I took drugs into the jail that night. I didn’t care; the rules didn’t matter to me. Nothing could be worse than the prison I was mentally living in. I went on trial and was convicted for burglary and assault. Four months later; I was sent to Mabel Bassett Correctional Facility. I found more drugs there.

How much time did you serve?

Alisha: From Mabel Bassett, I was asked if I wanted to move to Eddie Warrior Correctional Center. I agree and served the rest of my time there; a total of two years in prison and four months in county jail.

Alisha: Mabel Bassett was a maximum-security prison. It was rough. Eddie is a medium security prison, and everyone has an out-date.

It was at Eddie Warrior that I met psychologist, Dr. Lewis, who was able to counsel me. I finally was able to get the therapy I needed. We spent hours in counseling. She helped me a lot. I made such progress with her! After the first time she called my mom and sister, and we all talked, they brought my kids to my next visitation. Once I saw my kids in the gym at the prison, suddenly there was hope! There was light! I knew I needed to change. I had been misdiagnosed as bipolar, but Dr. Lewis let me know that I was an addict. She helped me realize my past and work through a lot of it.

How did you find out about His House Outreach Ministries and She Brews Coffee?

Alisha: When I was in prison at Eddie, I heard about a woman named Rhonda Bear. She would visit the chapel and meet with a select group of women on a weekly basis. I heard it was difficult to get into the group, so I didn’t even try. I also didn’t want to go to the church, I felt too guilty.

How were you introduced to His Hope Ministry and Rhonda Bear?

Alisha: Someone (another inmate) told me that I couldn’t do Rhonda Bear’s program because I was too much of an addict. After hearing that, I knew it was what I needed to finally change. I needed to do something drastically different wanted to get into her program. I called my sister and she helped me find Rhonda. I prayed and asked God to close the doors that needed to be closed and open the ones that needed to be opened. My sister found Rhonda and they had a conversation and she agreed to let me have a bed in Claremore. On December 29, 2020, my mom, sister, and kids picked me up after completing my sentence and took me to Claremore.

Alisha: There are five or six women living in the house – mostly just addicts that are trying to get help and rebuild their lives. The day I moved in, we had CR (Celebrate Recovery) that night and I was able to meet Rhonda in-person for the first time. She walked up to me and said, ‘You know you can teach again, right?’ I stood there and didn’t know what to say. Then she said, ‘The God I serve is the God of miracles.’ I knew that what she had was what I wanted. And I also knew that Rhonda believed in me.

What does this opportunity mean to you?

Alisha: It means the world to me. Nobody ever said they were proud of me. I see Rhonda as a light of hope because she is a former felon. She is such a light to so many women. She has shown me discipline. I know now that if someone takes the time and effort to discipline someone, that’s real love. I have a chance to completely change and rebuild my life.

Tell us about your role at She Brews Coffee?

Alisha: I started working at the coffee shop in downtown Claremore where the residents in Claremore really support the business. I loved working there! Only a few months later, we needed a manager at the Tulsa location and Rhonda asked me step into that role. I wasn’t sure if I would be able to do it, but I trusted that I should try. It’s been an opportunity for growth. Now we’ve created an event coordinator position and I am moving into that role!

What is your relationship like with your kids right now?

Alisha: It’s getting better. I’m able to see them. I am honest with them and try to share my story with them. They know that I love them, and I am working on myself.

What are you passionate about right now?

Alisha: I don’t want kids to lose their moms because of addiction. If someone would have offered me this type of program, maybe my kids wouldn’t have had to go without me for three years. I am hoping someday to make this available in Southern Oklahoma. I am excited for the future that I have with my family and kids!

To learn more about She Brews Coffee, visit: www.shebrewscoffeehouse.org. 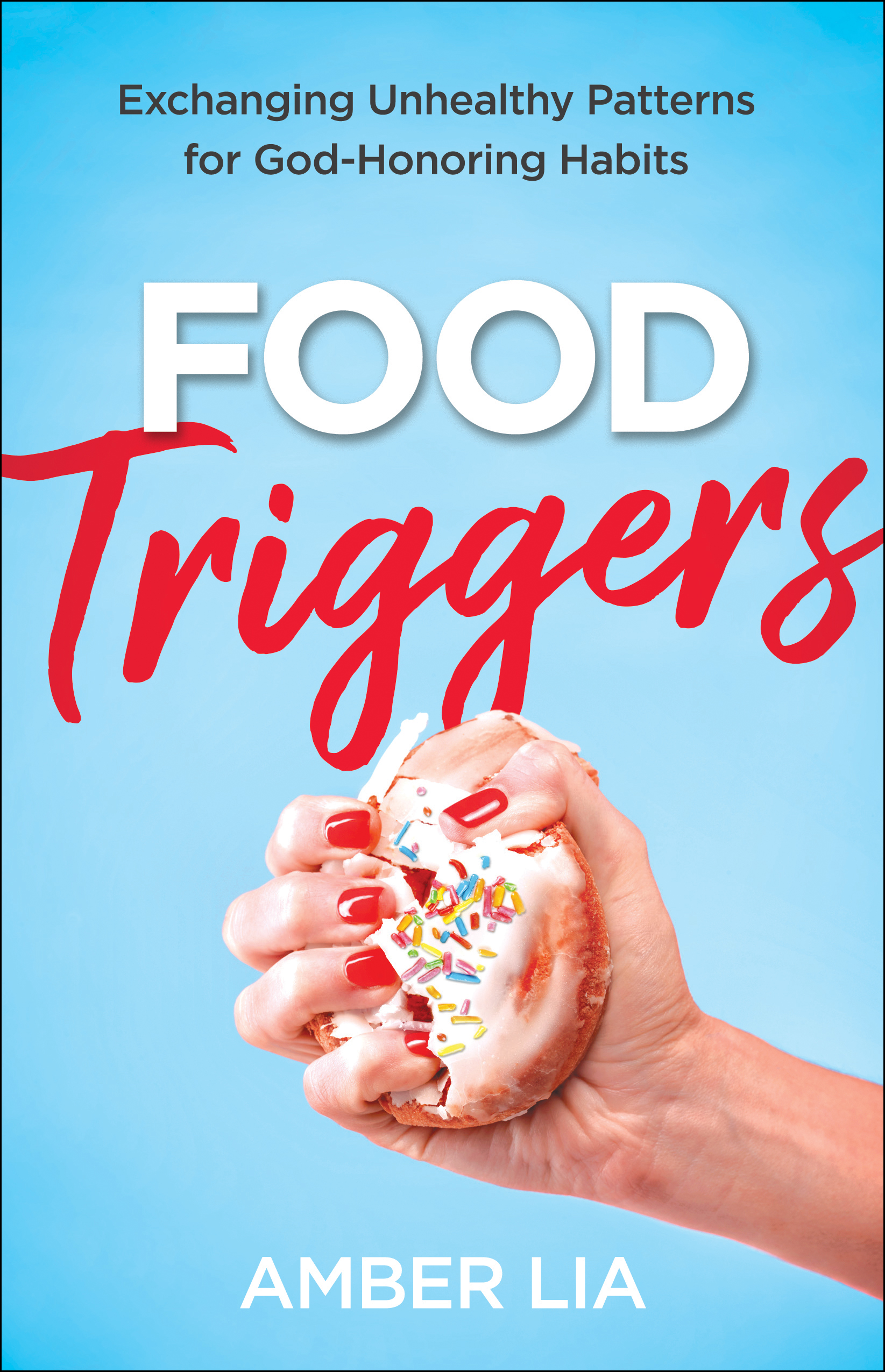